Home / Full Citizenship / Do I Look Disabled Enough For You Today?

“Do I Look Disabled Enough for You Today?”

On discrimination, invisible symptoms and disability in the daily lives of people with Myalgic Encephalomyelitis/chronic fatigue syndrome aka ME/CFS.
– by Linda J. MacDonald, September, 2012

I have a “Disabled” placard. My doctor signed the papers. I have a disabling medical condition however I am not helped by the use of standard fare such as a wheelchair or cane. I have severe fatigue and muscle pain but I actually look quite normal, except perhaps for some unexpected trappings such as a campstool I adopted to help manage faintness and sudden weakness. While walking the short distances I can still manage, I have to sit down and recover every 20 paces even on my best days. Because of strict treatment regimes and severe symptoms I can not get out of the house often, making any outing a rare treat to be planned for and anticipated with joy.

I went on just such an outing to my favourite Shopper’s Drug Mart yesterday and parked in the disabled parking stall as usual. As I reached into my car to get my campstool, I noticed on elderly but robust-looking man blazing holes through me with his confident blue eyes. He was walking up the wheelchair ramp and had a cane he was barely using. He waited till I was also on the ramp and said, “You don’t look disabled!”
I replied quite pleasantly, “Yes, that’s true, I don’t look disabled – but one needs to remember that not all disabilities are easy to see or to understand.” He had me cornered in the doorway by now where he began to rhyme off all his replaced joints, his diabetes…

I never even got to my illness, Myalgic Encephalomyelitis/Chronic Fatigue Syndrome (ME/CFS). I wonder if I would have dared mentioned its name. Even educated people have not heard of the recent scientific findings that prove that ME is a real disease. No, it has been my experience that naming either of these in public just results in more misery. Lay people feel justified in recommending the latest health food fad. After all, this illness must be curable and you have just been less than thorough, or you would certainly be better by now.

No, it is not curable, folks, and most people (94%) do not ever get better, especially if they have ever gotten so sick as to be bedridden. There are no clinics, no specialists and no clinical trials here in Canada so that could have something to do with not getting better…. Sure, some symptomatic treatments help some patients, and most of us have tried absolutely everything, in our quest to regain our lives. Still, rank strangers with no medical background hear “CFS” and feel completely justified in addressing a stranger with such “medical panaceas” as, “You need to exercise more”, or “have you tried this or that treatment from the internet?”. I could explain known science that refutes these misconceptions but that misses the real issue: what is a stranger doing minding my business about my disability and illness? (If only I could get doctors to show this much concern, but with advice that’s research-backed as it should be. That is another essay.)

Then there are the ones who think they are being compassionate by saying: “You just need to get out more – don’t be a hermit!” Cruel salt in the wounds! Imagine how this statement feels to someone forced to manage symptoms by restricting all movements, activities, and sensory stimulation to both brain and body. Imagine wanting human contact and participation but not being able muster the energy for it or years on end. Imagine being awake all night and asleep all day for painful weeks, with no way to get your sleep back on track. This illness is lonely, the suffering is terrible, and it’s not a matter of choice. All systems are “Not Go”.

People with ME/CFS do not lack motivation and do not need others to push them. The sickest have been effectively kicked out of their lives, out of society and work, and even out of their own bodily functions as they knew them. They are socially invisible because they are stuck indoors for weeks or months like a prisoner in solitary confinement. When they make it out into the light of day for a rare outing, their medical problems are invisible to the beholder. This illness is invisible but simultaneously very debilitating, and both these points are lost on the beholding, judging public. So, yes, I tend to avoid naming Chronic Fatigue Syndrome, since people think they understand. “Fatigue, oh yes, I get tired sometimes too.” Not like this, folks, not like this. The paralyzing fatigue experienced as a rebound effect after some simple daily task is only one of a dozen nasty symptoms people with ME/CFS juggle and struggle to keep at bay often on an hourly basis. They lose control of normal digestion, circulation, sleep, immune responses and other important body functions. They have to manage the resulting deficits in perhaps unconventional-seeming ways which raise the critics’ eyebrows: Campstools, for instance. The sight of these is evidently traumatic to fellow drugstore shoppers. What else could explain their antisocial reactions?

So no, the old man didn’t give me the chance to mention the name of my condition, and it’s just as well, but my point about invisible disabilities was nonetheless valid and it too went unheeded. When my heart rate monitor began beeping loudly; telling me I must sit and rest immediately to avoid nasty rebound symptoms later in the day, I took the occasion to use it as an example he could at least see. This alarm means I have to sit down right now,” I explained. But he interrupted me again, “I have to sit down all the time too!” Funny, he wasn’t sitting just then; wasn’t even looking around for a chair. I tried to halt the hateful flow, saying wearily, “Look, stop treating me this way. You shouldn’t talk to anyone like this. You don’t know my situation. This really isn’t very nice.”

He simply said something else to indicate how clearly under-disabled he thought I must be, and then added superiorly, “I am 90 years old.” I replied, “You’re 90? You don’t look 90!” He really didn’t look a day over 80, but I believed him – why not? I am only 44 so what do I have to say about being 90? He retorted, “I don’t look 90 because I have kept myself in shape,” and glared down his nose once more at my slumped, slightly unfit but well-groomed form. I could see his thoughts: What was I doing with that nice hair and leather jacket, anyway, if I was truly disabled? Someone nearby began to stare at us, and so the geriatric bully beetled off down the nearest aisle.

I wish I had had the wits and sense of timing to throw a good punch (line) his way as he had smugly retreated, such as: “Tell me, how does one reach the age of 90, yet manage to learn no empathy, no sense of propriety and no manners along the way?” Yet, I have experienced that one does not have to reach the ripe age of 90 for someone like me to simply look wrong to them. Perhaps this outing I look too fat so I must just be lazy, sitting on that contemptible little stool. Another outing, my condition has changed and now I am too thin so I must not know how to look after myself. In the health food store I am deemed too stubborn to try the expensive new miracle cure so I must not really want to get better. Last month I was too immobile to be self sufficient but still too mobile to warrant inclusion in programs that could help. For years I have been too housebound to be asked if I would like to participate and now, I am evidently not disabled enough to be using that disabled parking stall outside the Shopper’s Drug Mart store.

Thanks to my little campstool in the past three weeks I have managed to go from having the opportunities to participate taken away to being judged as a fake by a 90 year old man with an axe to grind. Last month some young buck decided to use the disabled parking stall to pick up his girlfriend from the mall. I had to fight with him to let me use it which depleted my strength and prematurely ended my sole monthly foray. Several months later, I was misjudged by impatient library staff (as a bag lady?) while dealing with faintness. It was at closing time, in a public washroom. I asked for a staff member to stand by, since I teetered on requiring first aid at the time. First they ignored me then made it clear they were only concerned with getting home. They sat behind me complaining because I was holding them up. I was trying not to faint, and this was their reaction to me. The uncaring attitude and antagonism stressed me so much I judged it the lesser of two evils to distance myself from them. So I ended up sitting alone in the dark outside a locked library at minus 13 degrees Celsius, not knowing if I would faint or recover to drive home. Something thematically similar happened in a book store that year. Would this make you feel like a valued, respected citizen?

All I know is, that little Coleman campstool I sat on that cold and telling night, is the crutch of choice for my disability, and I am not going to stop using it just because it makes me look different. I know best. I have had this condition for 20 years now. Besides, before becoming too sick to work, I used to be a physical therapist. Previous
Next AISH TIPS by VAD

Make sure you fill in all mandatory fields. Required fields are marked *

THANK YOU TO OUR SPONSORS

VOICE OF ALBERTANS WITH DISABILITIES (VAD) is fueled by sponsors and donors. It’s because of the amazing sponsors that support VAD and our efforts to continue to make a difference for Albertans with Disabilities is a reality. Contact us to get involved and please, support our sponsors, these business and organization are imperative to ensuring that VAD can continue to provide the resources and support that’s so desperately needed in Alberta. 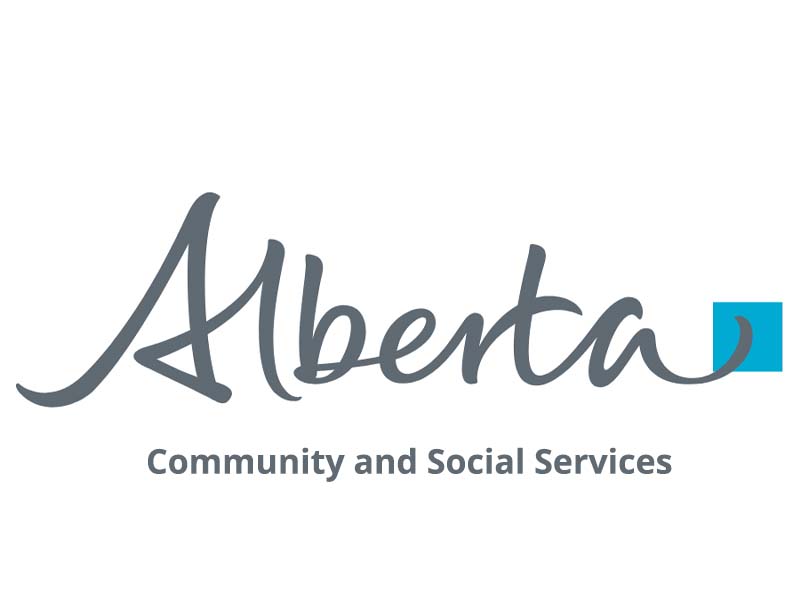 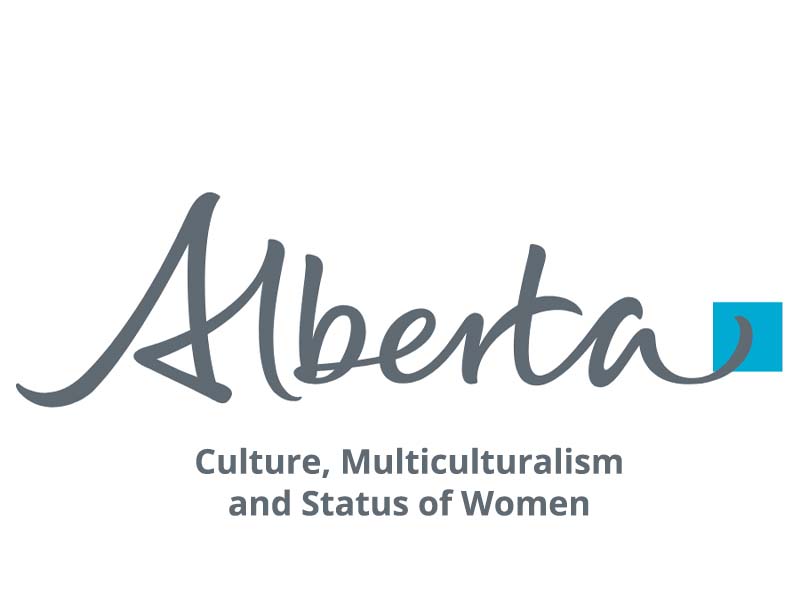